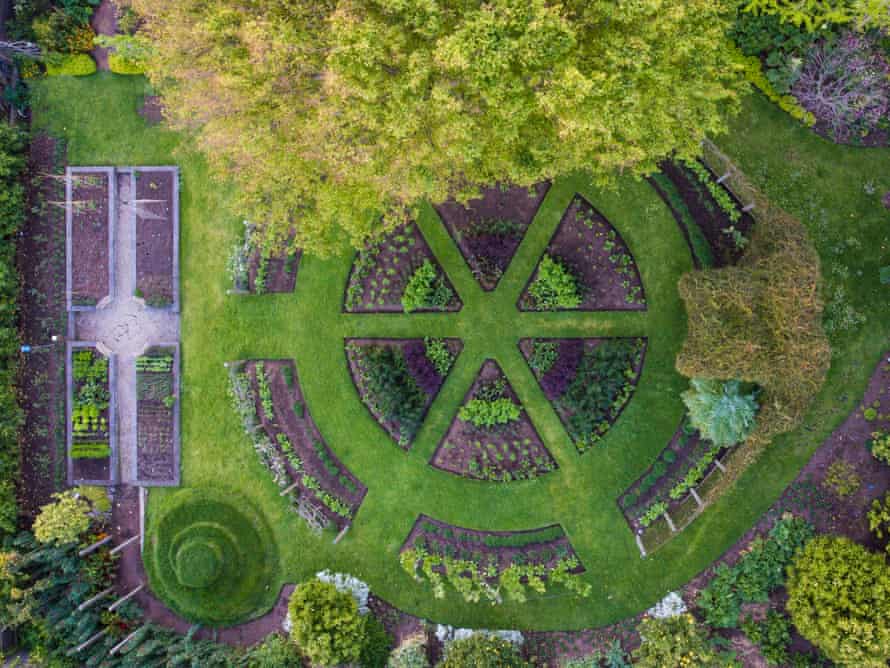 Lawns have been a prized fixture in Australian gardens since European settlement, providing luxurious greenery from fence to fence, veranda to street. But the grasses have come under increasing fire in recent times as people question their environmental impact.

“When I was a baby gardener – think Millennium Drought and water restrictions imposed overnight – there was a bit of demonising of lawns,” says Millie Ross, senior researcher and presenter with Gardening Australia. “How dare you waste water on them!

“Sporting fields browned off and street trees died, people laid impermeable paving and replaced living grass with plastic, which is now landfill in the tip.”

But these depressing scenarios, two decades on, have actually brought home the value of lawns.

“Most of the time it’s about making a lawn area smaller and smarter,” says urban landscape designer Darin Bradbury, director of Mint Design. While people are trending more towards fruit trees and edible plants, he says we still value having open space somewhere in our gardens, especially people with young children or pets.

Bradbury advises “greening out the boundary areas and screening out neighbours, and bringing the lawn in a bit so it’s only as big as it needs to be”. For high-traffic areas, he says, there really is no substitute for lawn.

Ross agrees that a little lawn can be a good thing: “If you want to grow a good lawn, good on you!”

She says “a healthy, green, living, breathing lawn can cool your house, it can provide foraging habitat for insects and birds and, if you stare at it, it will improve your mood and productivity.”

“Lawn gets a bad rap,” says Deryn Thorpe from gardening podcast All The Dirt, and that’s not without reason. Traditional lawns don’t tend to promote biodiversity. Lawns are permeable, which is an advantage in many cases, but can be problematic if toxic pesticides, herbicides and inorganic fertilisers are used to treat them.

However, the turf industry is breeding varieties that are more drought-resistant or slower-growing, such as buffalo grass, which is durable and needs less maintenance.

“If you choose the right lawn for your climate and soil type you will not need herbicides and very little fertiliser,” says Thorpe.

These low-intervention lawns have another advantage: less mowing. Ross suggests that a wilder lawn lets other species – even weeds – grow and flower to provide habitat and food for insects and birds.

“There is definitely a move towards less-manicured, less-uptight lawns,” says Tim Sansom from the Diggers Foundation. “They are mostly now seen as part of the landscape and they’re allowed to be a bit more natural.”

At their showcase garden at Heronswood in Dromana, on Victoria’s Mornington Peninsula, the foundation’s gardeners sow lawn daisies into the mix to give it seasonal interest and texture – and as a bonus it needs less upkeep.

In addition to shrinking your lawn, and letting it grow wilder, soil preparation is also vital. As well as using compost, clay should be added to sandy soil and, conversely, dense soil should be helped to drain freely.

“If you cut your lawn and let the leaf bales fall back on to it this acts as a natural fertiliser,” says Thorpe. “I also tend to fertilise with compost, worked down between the blades of the grass, rather than using inorganic fertilisers.”

Promise me, lay off the plastic lawn

There’s no one-size-fits-all solution – although what not to do is resoundingly clear.

“If you don’t want to mow a lawn, make sure the alternative is also permeable, such as mulch, gravel, decking or garden,” says Ross. “But promise me, lay off the plastic lawn. It’s hot, weeds germinate easily in it and in just a few years it will break down – don’t do it!”

Generally, experts believe that a mixture of lawn and plants is ideal.

Bradbury suggests that in less trafficked areas, alternative ornamental ground covers can work well. A popular option is native kidney weed (Dichondra repens), which grows well in the shade, unlike most lawns.

Bradbury also recommends white star creeper (Pratia pendunculata), which has delicate white flowers, provides a lovely low ground cover and can handle a bit of shade. These are nice for growing between individual pavers too, he adds.

Really, the sky’s the limit. “A mass of flowering ground covers can have a spectacular effect,” says Ross.

“I love bidgee widgee (Acaena novae-zelandiae), and not just for the name. It does produce little spherical seed heads that stick to your socks – or dogs – so it’s not for everyone … Many people also use the exotic climber star jasmine (Trachelospermum jasminoides) but this has caustic sap, so only use where it won’t make contact with passers-by. Really, there are stacks of plants to try … so do!

“Of course, in a sunny area you can also convert your lawn into a food garden, a deeply satisfying – and filling – thing to do. But that’s another story.”

Several native grasses can be used in lower traffic areas as well, says Ross, such as weeping grass (Microlaena stipoides), which is popular in eastern-states gardens – but it’s worth checking your local species.

“I have collected local wallaby grass seed and am over-sowing my exotic weed verge. Fingers crossed they can get a foot hold! If you can, these are always left to grow tall and set and drop seed to further build the plant community.”

When deciding what to plant, it bears mentioning that flowering home gardens provide a rich and vital source of energy for pollinators. But whether or not it includes lawn, Australian research has shown that backyard gardens can cool cities by 6C (43F), helping to reduce the impacts of the climate crisis.

“Really, there are no fixed rules,” says Ross. “Look at what you want from your garden and what time you have to give it. An organic lawn can be just as useful as any other well-tended patch. So mix it up or mow it down. Just make sure you grow something.”

In areas that will receive a lot of foot traffic, a lawn is the best solution. But in lower-traffic areas, gardening experts suggest these varieties.

Bradbury recommends these ornamental ground covers; which are far more shade tolerant than a traditional lawn.

Native kidney weed (Dichondra repens): a drought-tolerant native ground cover that grows well across most of Australia and can endure light frosts.

Scleranthus biflorus: A mossy-looking ground cover that is good with partial shade and frosts. It is drought-tolerant but slow-growing.

For low-traffic areas that receive plenty of sun, here are Bradbury’s suggestions.

Wild or woolly thyme (Thymus serpyllum and Thymus pseudolanuginosus): These grow well in most Australian conditions, and can tolerate drought.

For Ross, “a mass of flowering ground covers can have a spectacular effect”. Here are a few of her favourites.

These plants can only endure minimum foot traffic, but Thorpe says “they’re pretty, water-wise and will grow all over southern Australia in well-draining soil”. Next post Six Lighting Designers on Our Radar This Spring

Gardening is an extremely therapeutic activity, and though I may not engage in it all the time, the few times...

University of Florida There’s a deep satisfaction that arises from tending a garden, so deep that it can enliven even...

Elena ElisseevaGetty Images More than two million households in the UK will face a hosepipe ban, after the driest July...

Jacky Parker PhotographyGetty Images September is the perfect month to tackle some important gardening jobs that will protect your lawn,...

Cloud Gardens review Cloud Gardens is a competent, unique puzzle game and a contemplative, relaxing dreamscape, all rolled into one...

Panicle hydrangeas and mountain hydrangeas will take full sun and come in a variety of forms. The Olympian The end...