There’s nothing bashful or traditional about the Thompson Center, so it should come as no surprise that finalists’ designs in a competition to reimagine the building include a proposal for an indoor water park.

Seven finalists were announced this week for the 2021 Chicago Prize Competition, which called for creative new uses for the center. The contest was developed by the Chicago Architecture Center and the Chicago Architectural Club as both a tribute to its architect, Helmut Jahn, who died earlier this year, and as a way to draw attention to the Thompson Center’s precarious status.

The building has been placed on the seller’s block by the state of Illinois and assumptions are that the eventual buyer would demolish the center, which opened in 1985 and has been plagued for years by deferred maintenance.

Jahn himself said in 2015: “The best way to save the building, and to improve it, is to repurpose it.”

In selecting finalists for the competition, the jury reviewed 59 entries from five countries. The competition was open to anyone, and submissions were received from professional designers and established firms alongside young architects and students.

The winner of the competition will be announced Sept. 14 at the opening of a pop-up exhibit of finalists’ designs at the Chicago Architecture Center.

Here is a look at the finalists’ designs: 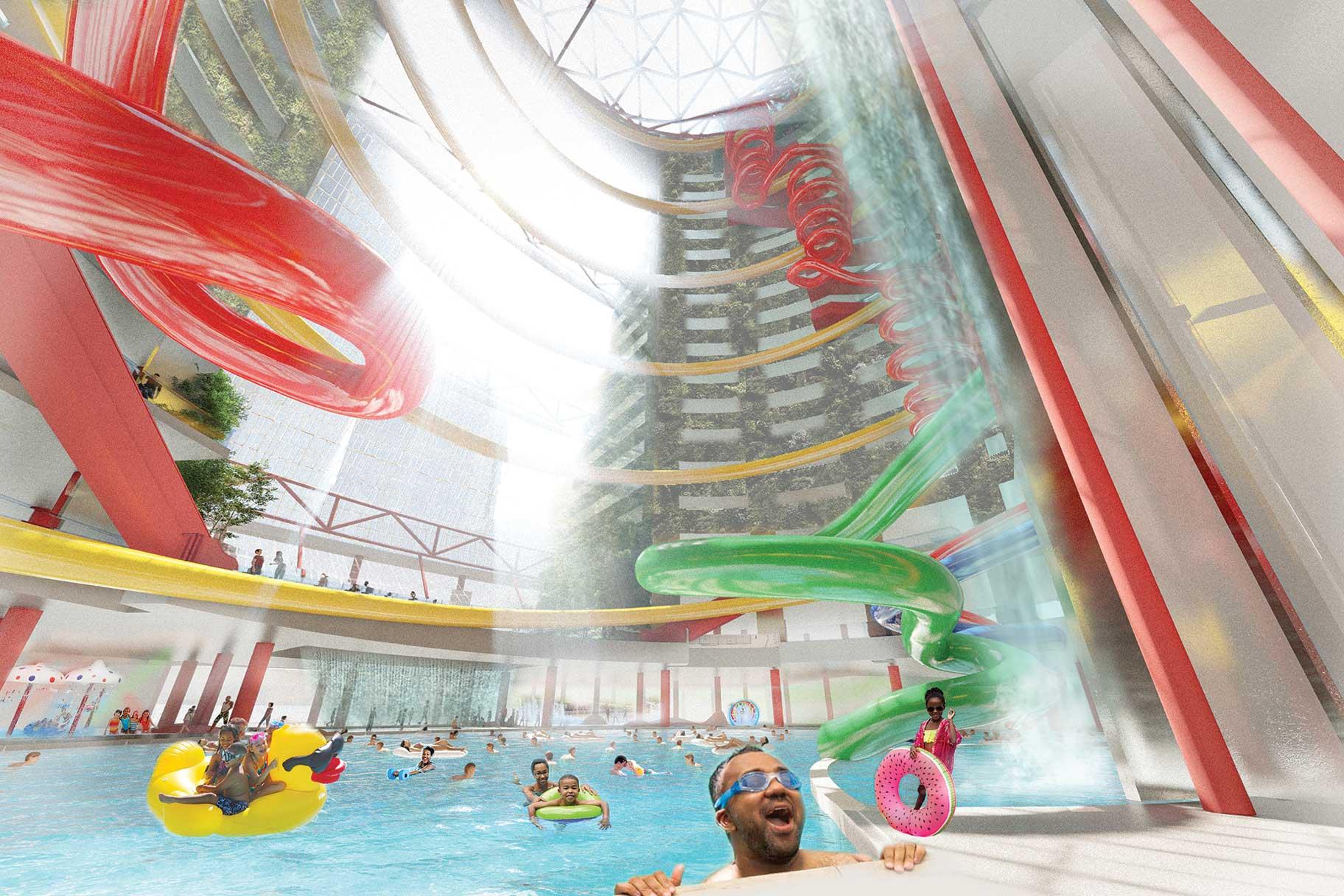 Description: A hotel rings an indoor water park with waterfalls dominating the atrium set in a garden. 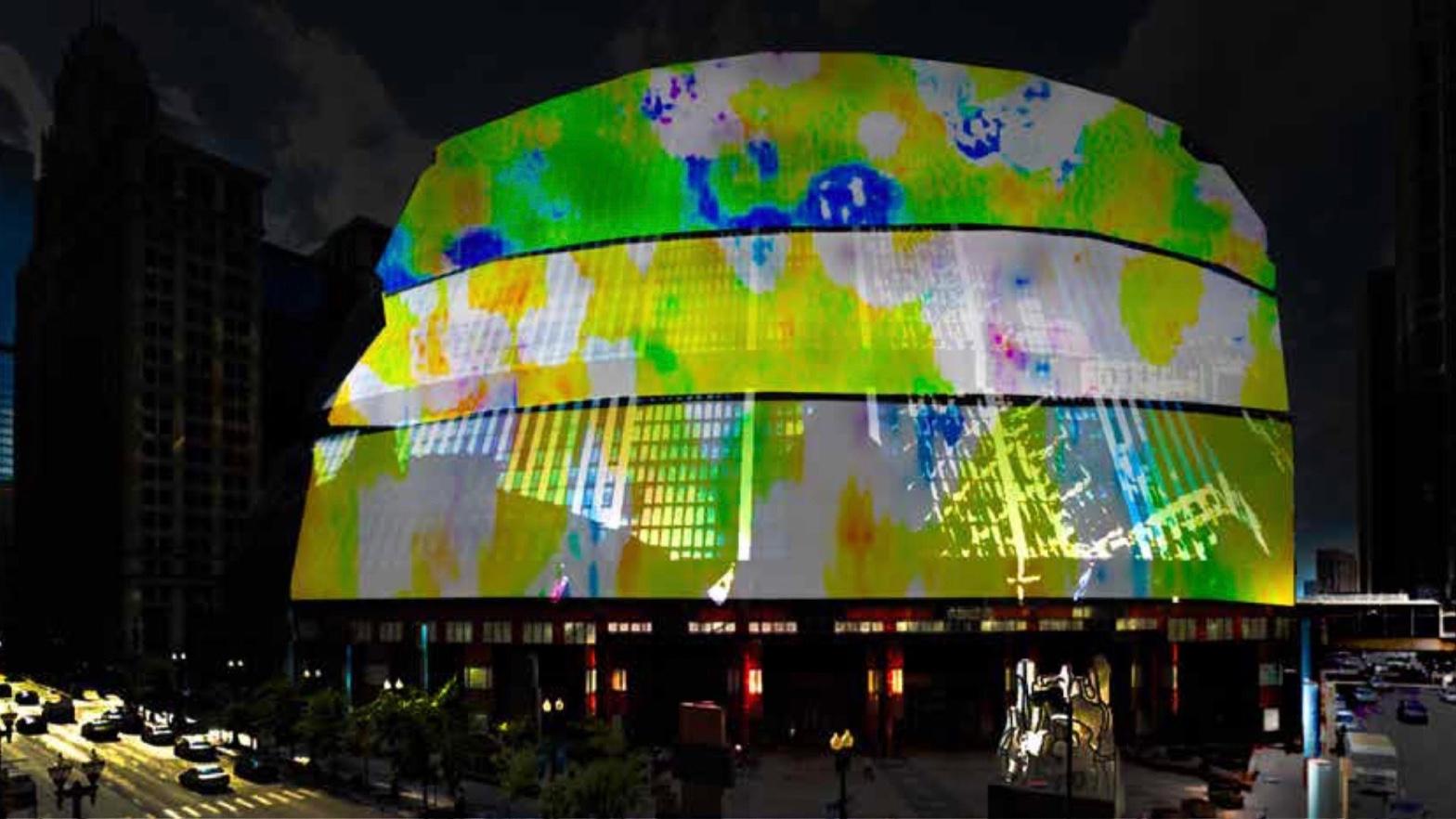 Submitted by Yuqi Shao and Andrew Li, students at the College of Architecture at Illinois Institute of Technology. 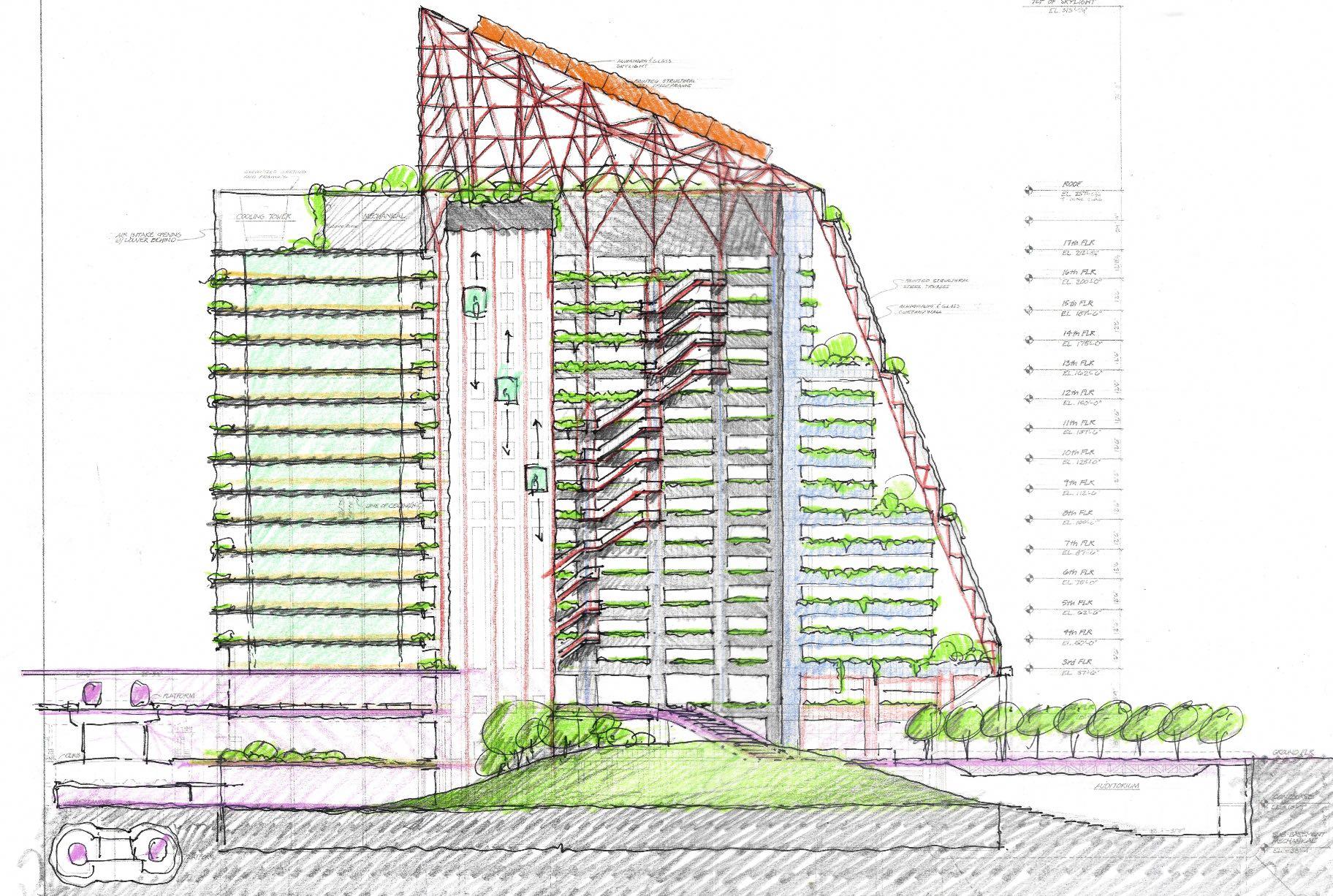 Description: A mixed-use development with a new thermal envelope behind the original curtain wall. The ground level is remade as a public park within hanging gardens. Each floor is zoned, moving from public at the ground level park to private residences and vegetable gardens nearer the roof. 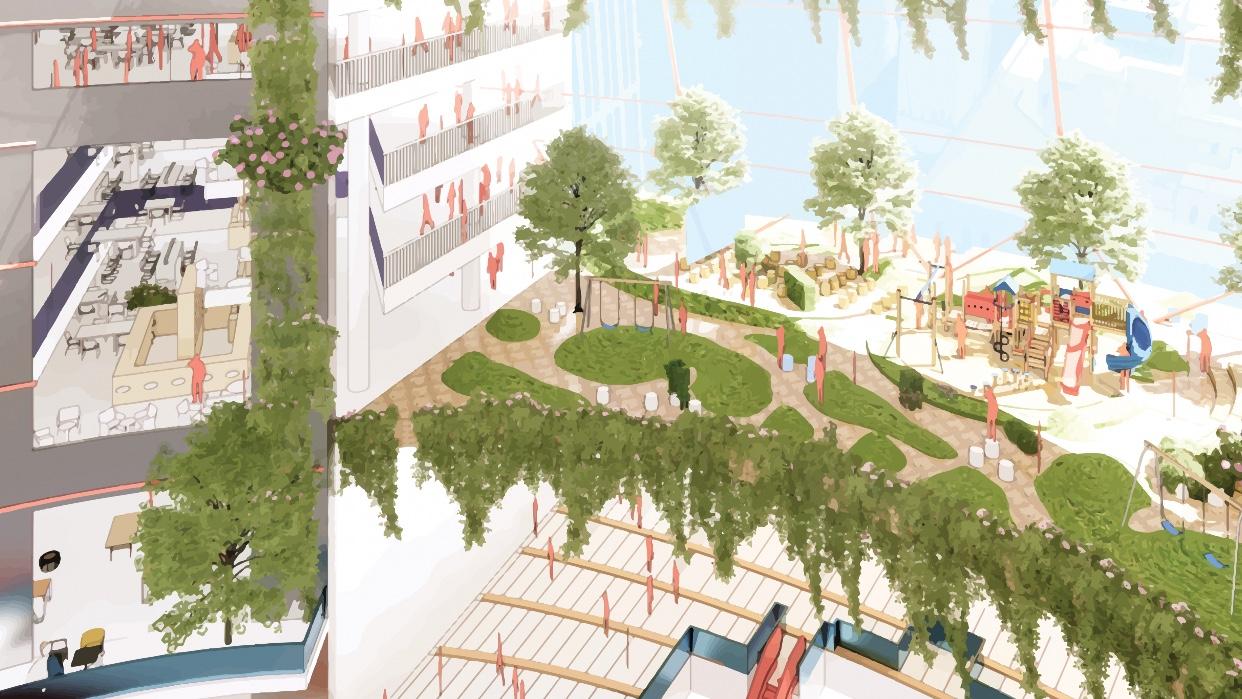 Description: A public school focused on public policy and civic engagement for students in Chicago to learn, question and ignite change. 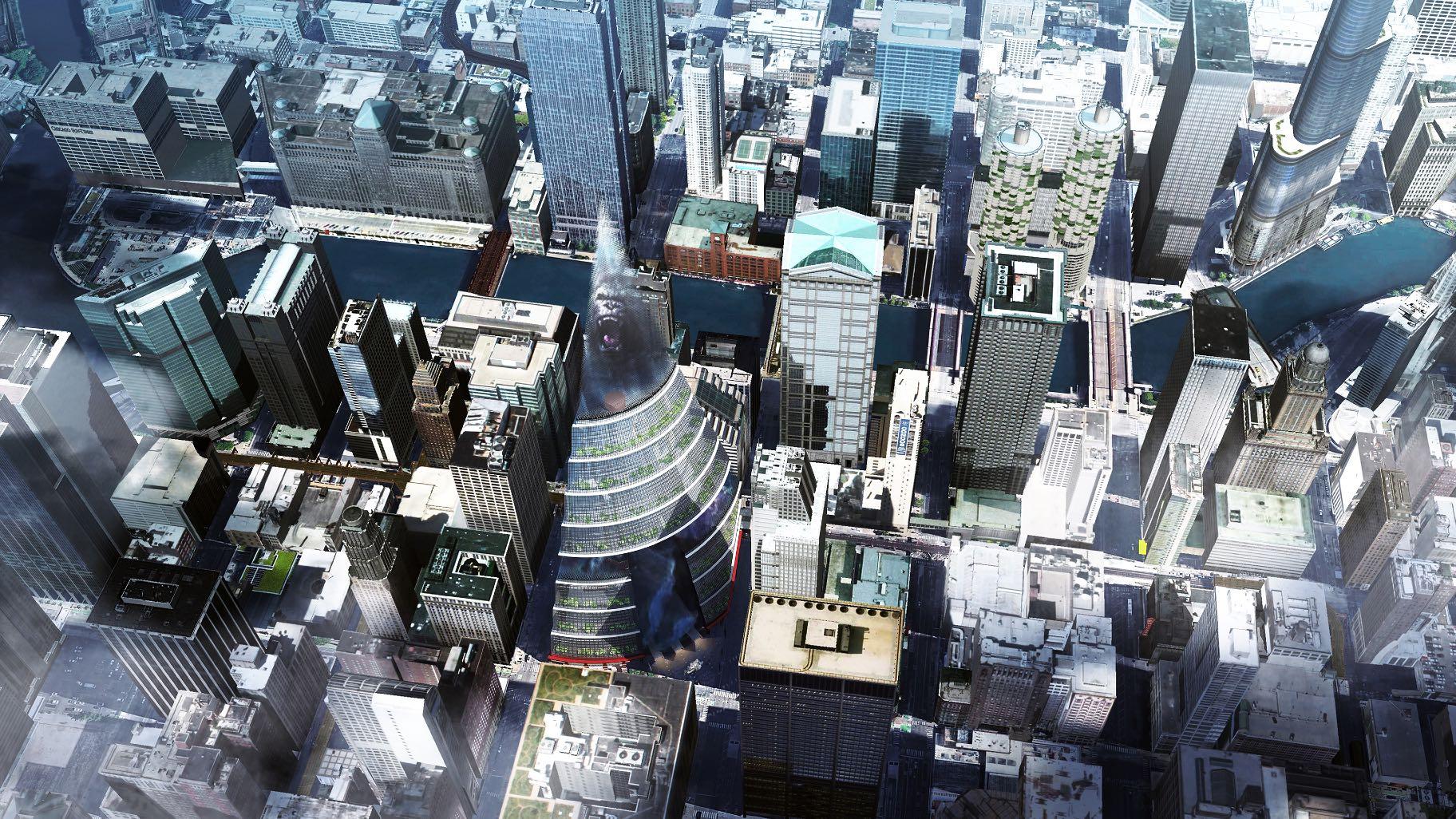 Description: The atrium is opened to the outdoors while the interior floors are wrapped with a façade that becomes a 3D LED matrix able to display images and video. Using the existing elevator banks as a core tube support structure, new floors rise above the existing structure with the familiar step-backs and are topped with a conical “spire” also wrapped in 3D LED matrix.

“There’s Something for Everyone” 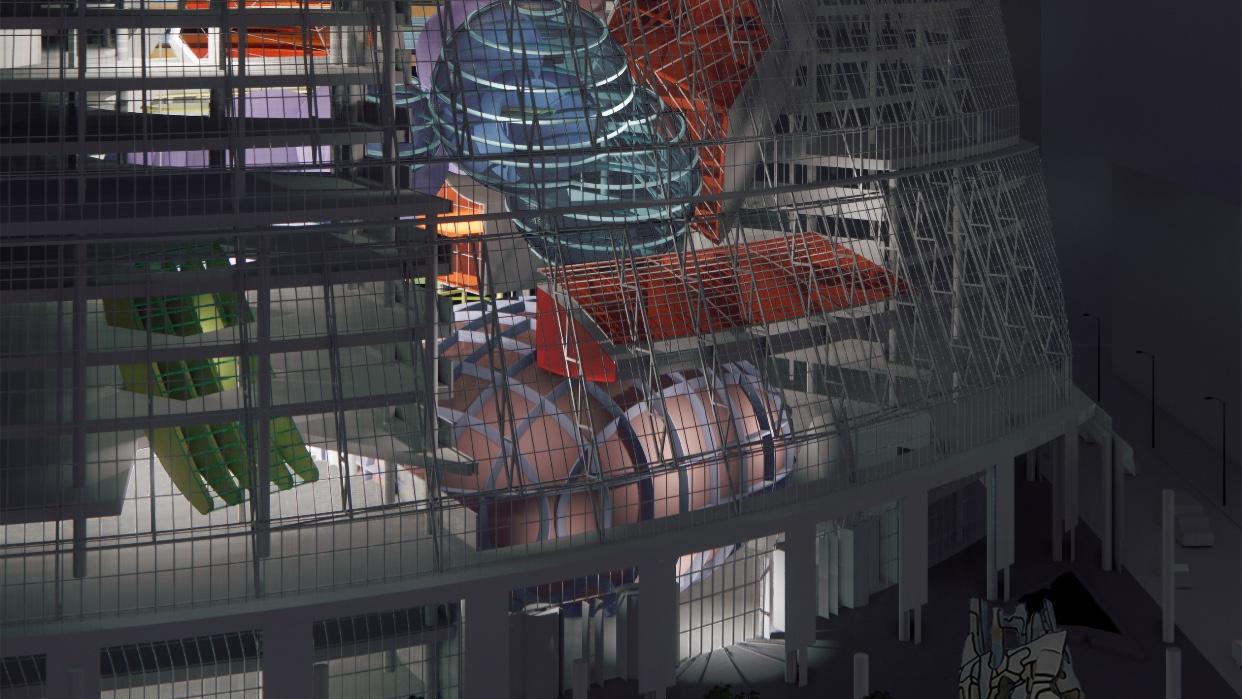 Description: A new civic and social space is linked to cultural groups across the city. Existing floor plates contain support or “back of house” spaces while the volume of the atrium will house performance stages, cinemas, art galleries and rehearsal spaces. 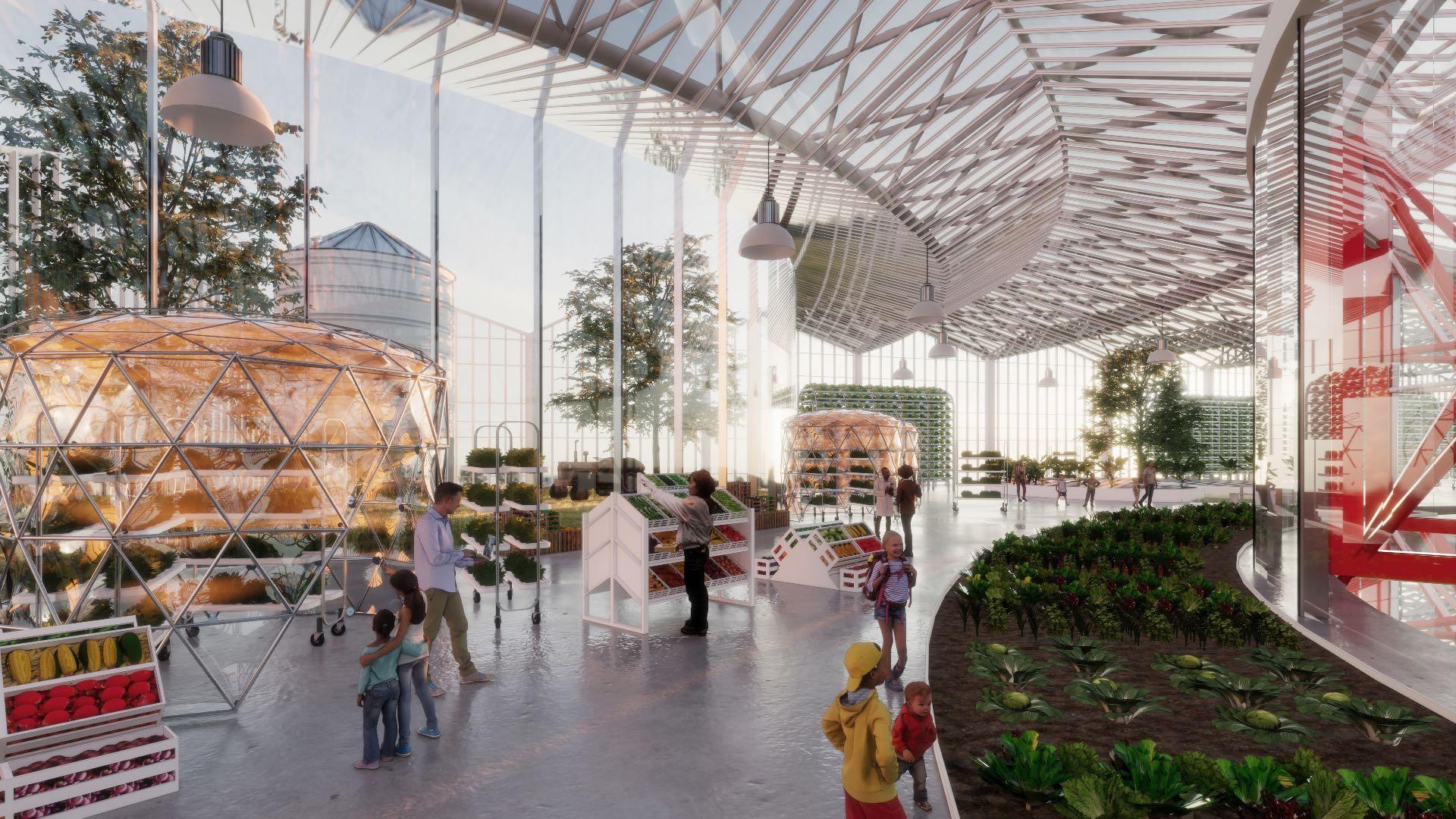 Description: This envisions a new sustainable public attraction comprised of auditoriums, art galleries, and community spaces rising within the exterior arc of the current atrium. These new spaces lead to a top-floor urban farm with rooftop green houses that use the existing CTA tracks to distribute the produce from the farm to food deserts around the city.